Collaboration and Creativity Grow at LiquidPlanner with a New Work Culture

In the year since Todd Humphrey stepped in as CEO and brought Charles Seybold back as chief product officer at LiquidPlanner, the energy at our office has drastically changed.

“There’s more excitement in getting things done,” says customer success manager Allison Wilbur. “There’s more motivation to be the best we can be. We all have the power to make a difference and impact positive change. I feel empowered, ambitious, and inspired.”

“I’m fired up!” he says, explaining how he went from feeling comfortable with the status quo to excited about the challenges of growth. “My days at LiquidPlanner are never the same. I’m challenged to think outside the box in order to become more efficient at my job, and I’m rewarded when I can make that happen. Over the past year, LiquidPlanner has changed from a complacent workplace split between two floors into a workplace family committed to each other and grinding hard to find success.”

Jon Snelling loves the return of the LiquidPlanner family.

“When I joined, the whole company could sit around a table,” the senior engineer says. “As we grew, that was lost a bit, but in the last year, it’s come back and then some. I’ve never seen us be such a strong, collaborating, cohesive, and powerful team as what we’ve become with Todd and Charles.

“We haven’t been perfect in everything we’ve tried,” says Keiko Borkenhagen, senior program manager of education and training, “but we’re open to trying new things, making mistakes, and learning from those mistakes. The act of trying things has challenged our teams to change the way we communicate, operate, and collaborate for the better.”

The emphasis on learning, collaborating, and trying something new has created an environment that’s more energetic, dynamic, compassionate, and fun, while remaining the organized, focused, well-oiled machine LiquidPlanner always has been.

“As a leader on the team, learning how to give constructive feedback at the right time in the right way is more helpful to the team than just keeping my head down and doing my work,” she continues. “My day is now filled with lots of meetings with different teams collaborating on different problems and interfacing with customers regularly.”

“Our days are busy but amazing,” Jon says. “We work hard because we see where we’re going and are excited to get there.”

“Mixed in with that is plenty of fun,” Keiko says, “whether it’s reading hilarious dad jokes on Slack, getting a friendly greeting from one of the dogs in the office, or enjoying a coffee or lunch with a coworker.”

Another big change over the past year has been a sense of transparency when it comes to the overall health of the company.

“The proactive sharing of progress has been amazing,” Jon says. “The steps that we have made this year to take control of numbers has been incredible. It’s changed us to feeling like we are in the driver’s seat of our operations and future.”

“Knowing that we haven’t taken on $50 million, $100 million, or $150 million, means that individuals at any level can still have a big impact on the direction of the company,” says Brad.

That transparency has helped everyone be even more excited about what’s to come.

“I see us killing it with our product innovations and expanding on all of the things we’ve done right with the existing business,” says Allison.

“LiquidPlanner has a massive opportunity to leverage our refocus on product development and gain a large piece of the project management software market,” Brad echoes. “During 2019, we’ll be growing as a company, bring on new team members, showing increased sales, and we’ll be well on our way to changing the PM landscape.”

“We’ll be partnering with many more Fortune 500 companies, helping teams predictively manage their project timelines and risks, and collaborate more effectively,” Keiko says, “and we’ll have fun doing it!”

Find out more about Todd’s first year in his GeekWire feature.

(A version of this blog post originally appeared on the LiquidPlanner blog.) 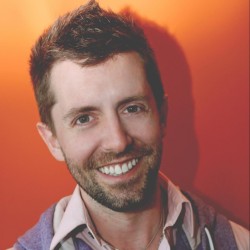